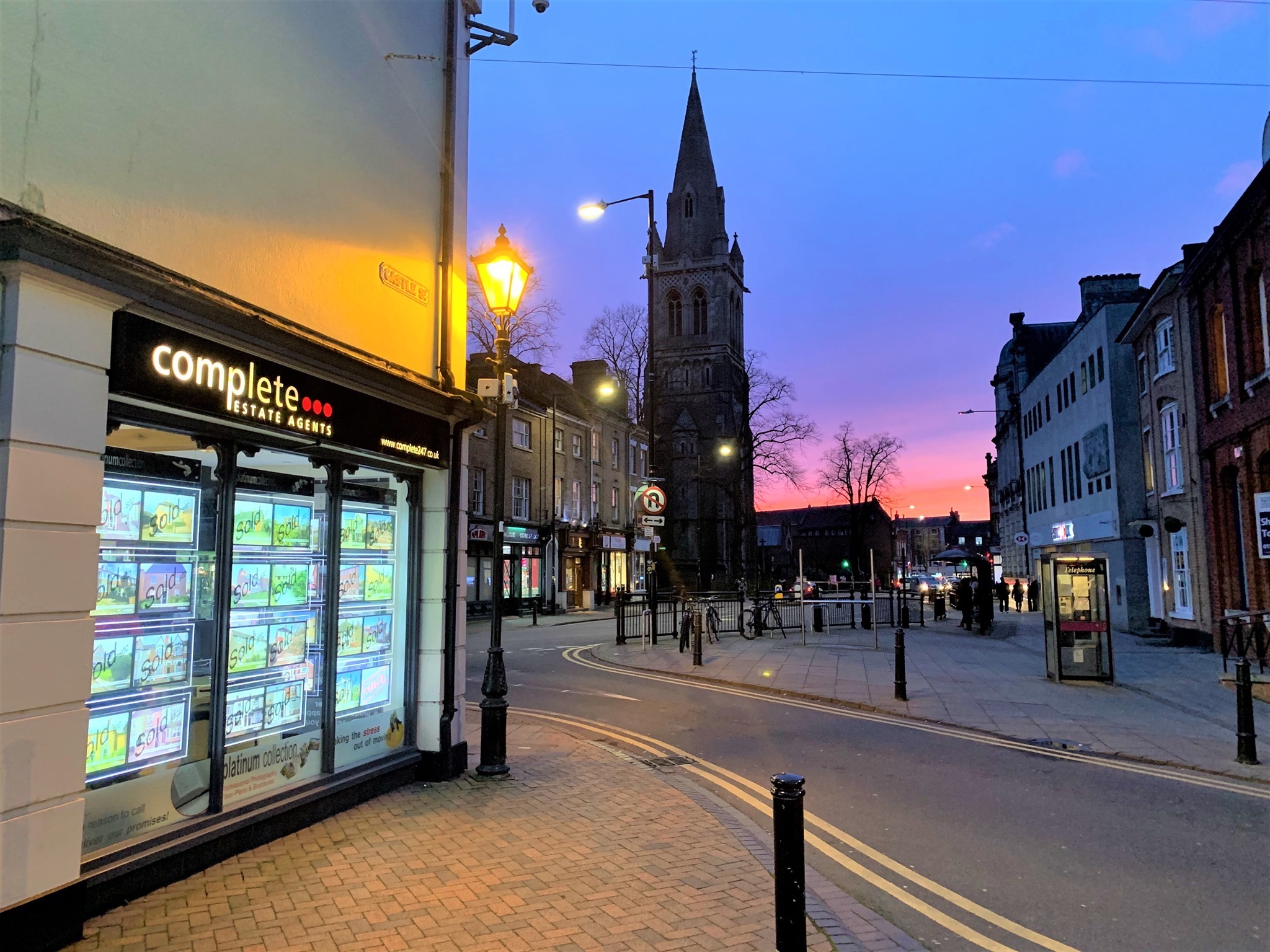 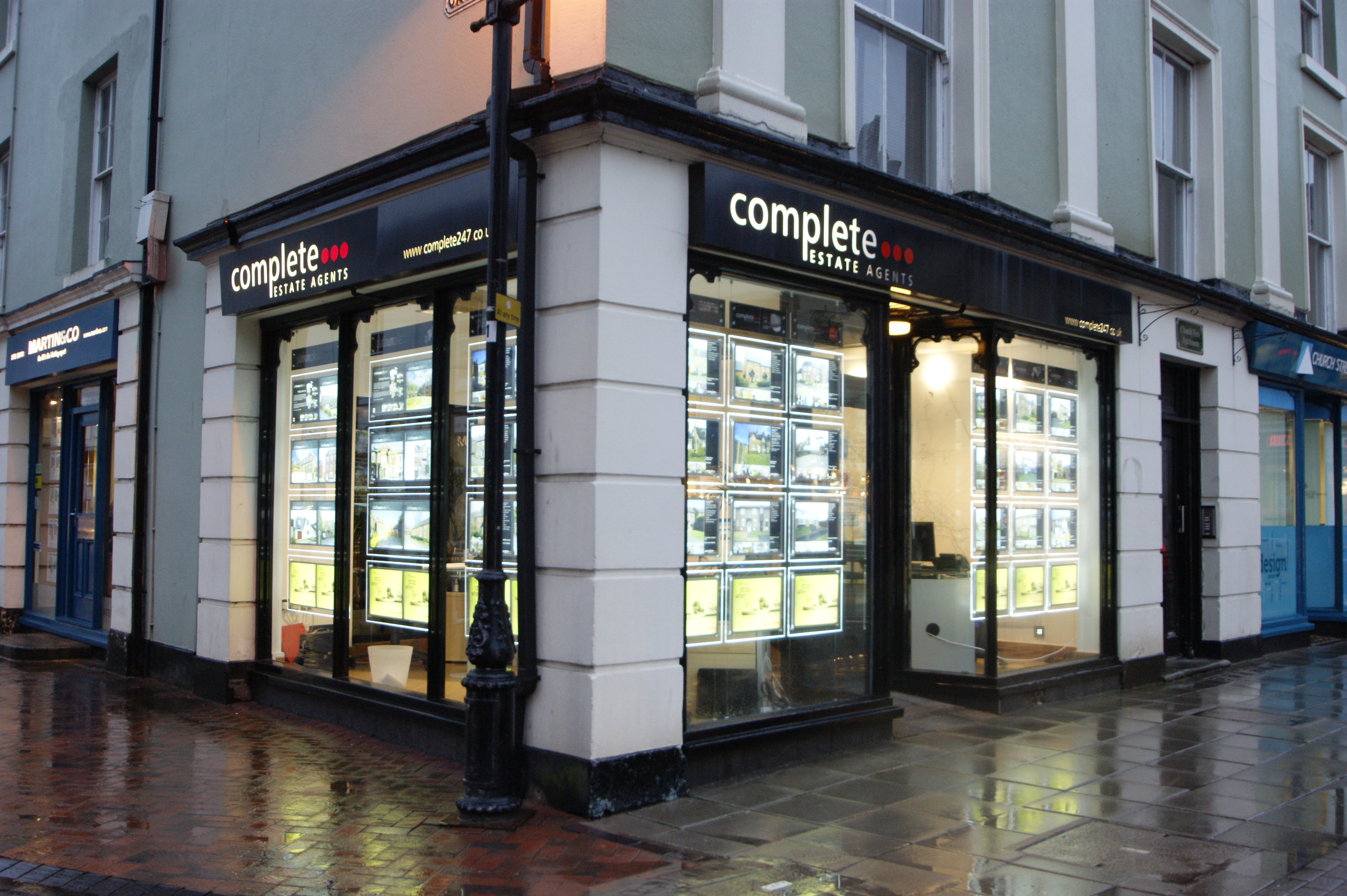 Complete Estate Agents in Rugby are situated in the heart of Warwickshire, with our office right in the centre of its town. Established in 2005 by our Managing Director, Haydn Yemm, we opened our very first office. We have now expanded our office network to Royal Leamington Spa and Coventry City Centre and consider ourselves to be the property experts in Rugby, Royal Leamington Spa, Coventry and surrounding Warwickshire. 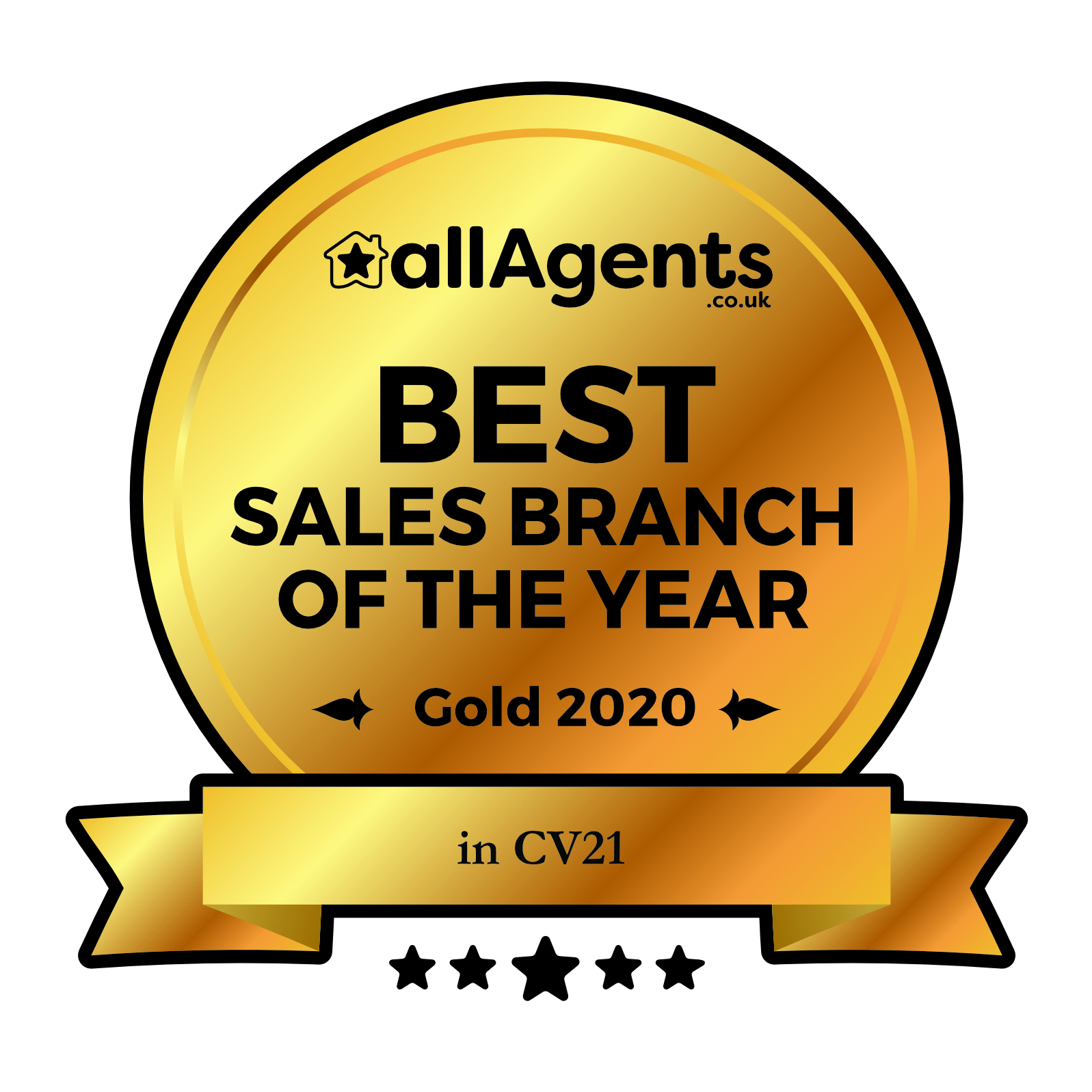 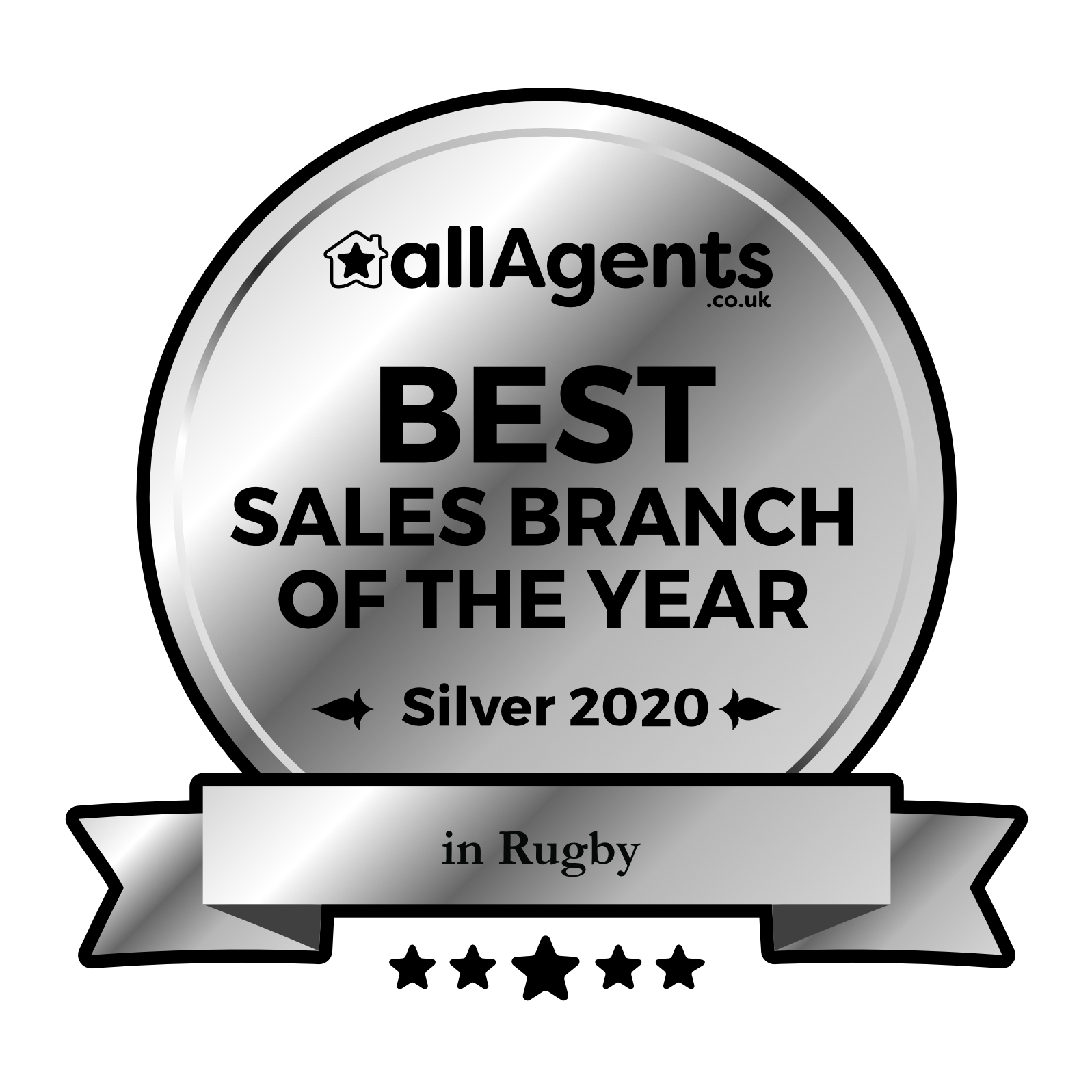 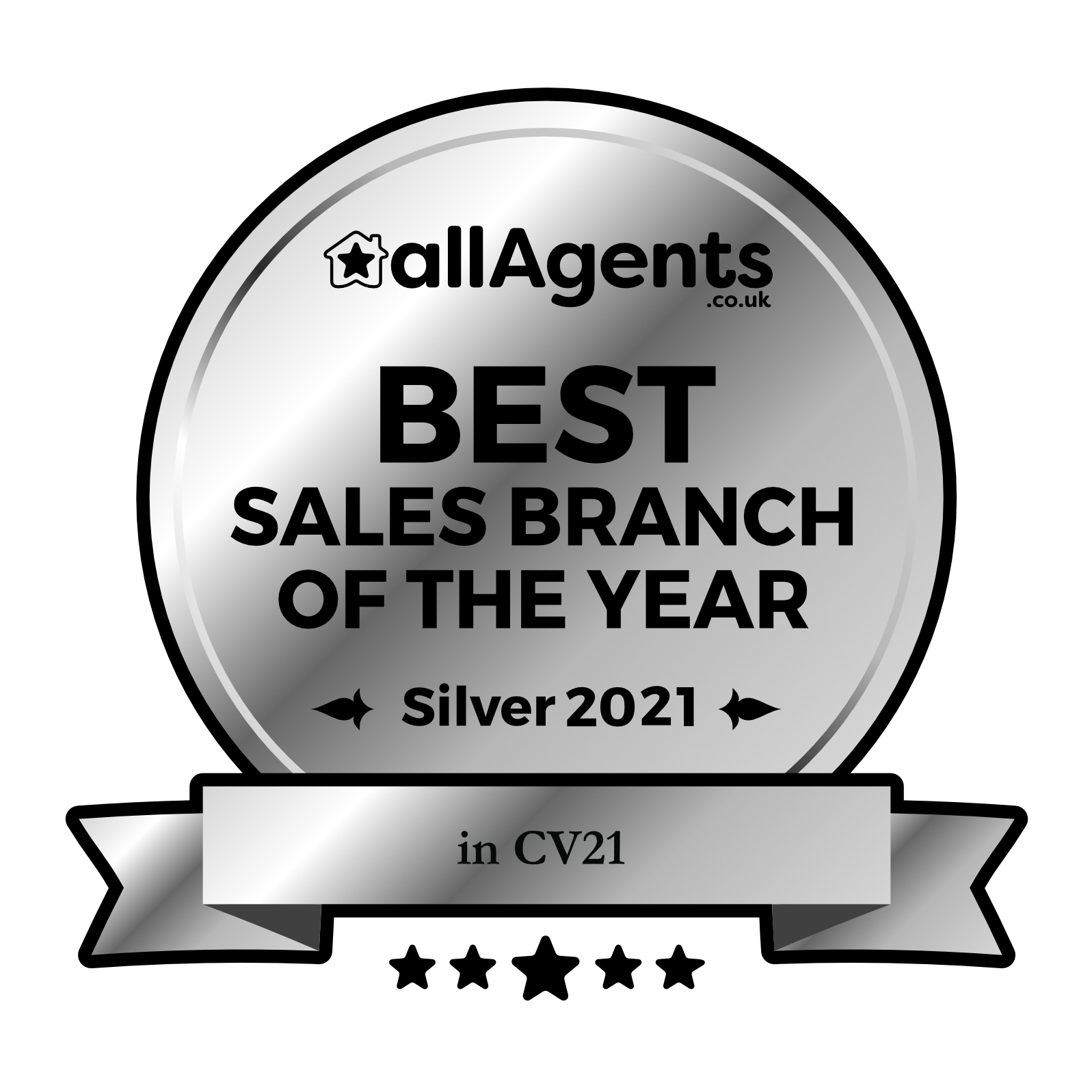 Complete Estate Agents are delighted to welcome to the market a modern four bedroom townhouse built by Bellway Homes to their popular 'Worcester' design and located at the end of...

**CASH BUYERS ONLY** Complete Estate Agents are delighted to welcome an immaculately presented top floor garden maisonette situated in the hear of New Bilton with views across parkland to the...

See all Rugby sales
<< Back to our offices

A spectacular 1 bedroom, 3rd floor apartment located in the heart of Leamington Spa. Provided to the highest of specifications, the apartment features a thoughtful blend of original character that...

All inclusive furnished double room with all bills included, set in a spacious house close to rugby town centre and with walking distance to the train station. The property has...

A spectacular 1 bedroom apartment located in the heart of Leamington Spa. Provided to the highest of specifications, the apartment features a thoughtful blend of original character that has been...

See all Rugby lettings
<< Back to our offices

Centrally located, Rugby is at the heart of two of the UK motorway networks. Being just off Junction 1 M1 and Junction 19 of the M6. It also the perfect location for commuters to Birmingham or London with fast direct lines available from Rugby Railway Station.

Draycote Water is a 240-hectare (590-acre) reservoir and country park near the village of Dunchurch, 3.75 miles (6 km) south of Rugby in Warwickshire, England, owned and operated by Severn Trent Water. It draws its water from the River Leam, and supplies drinking water to Rugby and Coventry. It is named after the nearby hamlet of Draycote.

The reservoir was created in the 1960s and was opened in 1970, with a new pipe and pump installed in 2012. It has a capacity of up to 5 billion gallons (23 million m³) and a maximum depth of 70 feet (21 m).  It is a site for birdwatching and has a bird hide, with a feeding station sponsored by the West Midland Bird Club. Severn-Trent manage an adjacent 20 acres (8 ha) country park. Draycote is used by cyclists, runners, windsurfers, fly fishers and for boating. Fishing is for brown trout and rainbow trout from the banks or from boats. A farm to the north east of the site has a herd of alpacas.

If you decide to live in Rugby, you will probably enjoy the many country outdoor establishments like parks and quaint villages. You will probably also enjoy the downtown market centre area that has a weekly open-air market in addition to shops, restaurants and a large selection of pubs.

There are many places that serve to be Rugby town landmarks and historical landmarks as well. These locations include The Rugby School Museum which has historical information about the town and the school. The Rugby Football Museum is the main attraction for many and a great source of pride for the town. Traditional Rugby balls are made in their original style by hand. There are tons of valuable rugby sport artifacts and memorabilia. The popular museum also has the Pathway of Fame Trail around the town to honour the most famous Rugby players and Rugby events.

I started in the property industry IN 1987 with a large corporate estate agency chain in town of Towcester where I began as a trainee negotiator. Progressed and moved to their Daventry office and b...

I have worked in Estate Agency since 2001 and started as a Junior Negotiator in Kenilworth working for Halifax Estate Agents and gradually worked up to become an Estate Agency Partner for the busin...

I have worked within the industry since 2002 and became a manager very quickly due to the passion I have for getting the job done. Having worked in both the lettings and sales sectors, I have gaine...

Having worked in Coventry for a solicitor firm as a legal secretary then a large corporate estate agent at the age of 19. Since the birth of my son in 1999 I chose a career path in human resources ...

Rugby:
Who we work with

Esther and the team at Complete estate agents have been absolutely fantastic from start to completion. They are a friendly and professional team who are in constant contact and are always on the ball. Esther does what it says on the tin ! You will struggle to find a more competent estate agents in Warwickshire. Highly recommend to anyone selling/buying or renting a property ... you won't go wrong choosing complete ... 10* estate agents !

After struggling with our initial estate agent, we asked Complete to step in and wow, what a difference they made. From next to no viewings to multiple viewings was a breath of fresh air in the end, it's fair to say we had 3 offers on our house, so a massive thank you!!

Earlier this year I was in a position where I had to sell my house in Rugby very quickly. I met Esther and was incredibly impressed by her. Her professionalism and efficiency became clear immediately and within days she had 3 viewings organised for me. Working closely with her colleague Luke Hollyoake they obtained several offers and the final offer accepted within 10 days which I thought was incredible. Luke kept me updated on a regular basis which I needed and the process completed fairly painlessly. I would not hesitate to recommend Esther and Luke and Complete as an agent. As a landlord I am quite demanding and they surpassed all my needs with flying colours. My other agent did not even get a single viewing but these guys were out of the blocks fast. I am very grateful to Esther and Luke - Thank you.