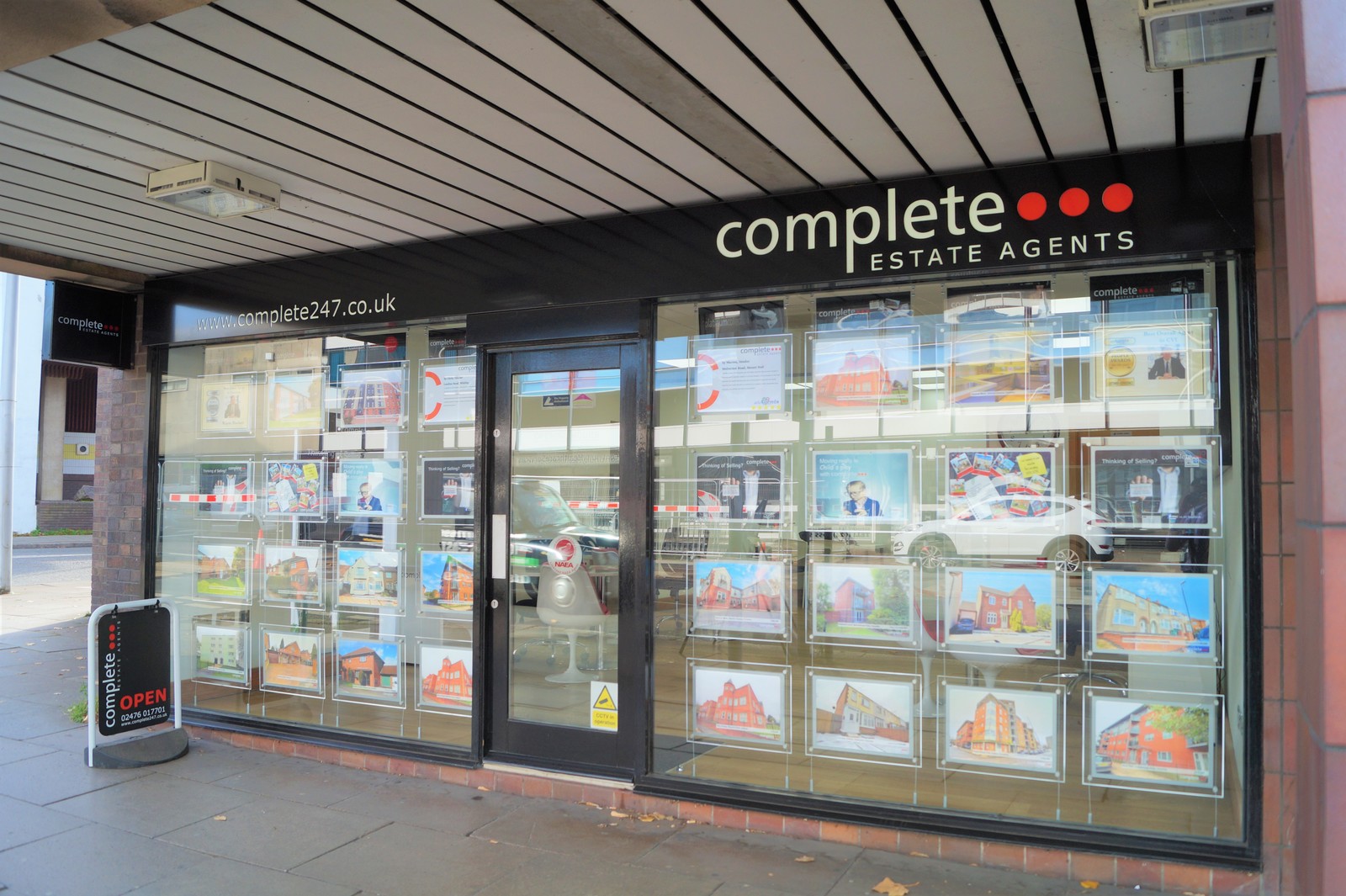 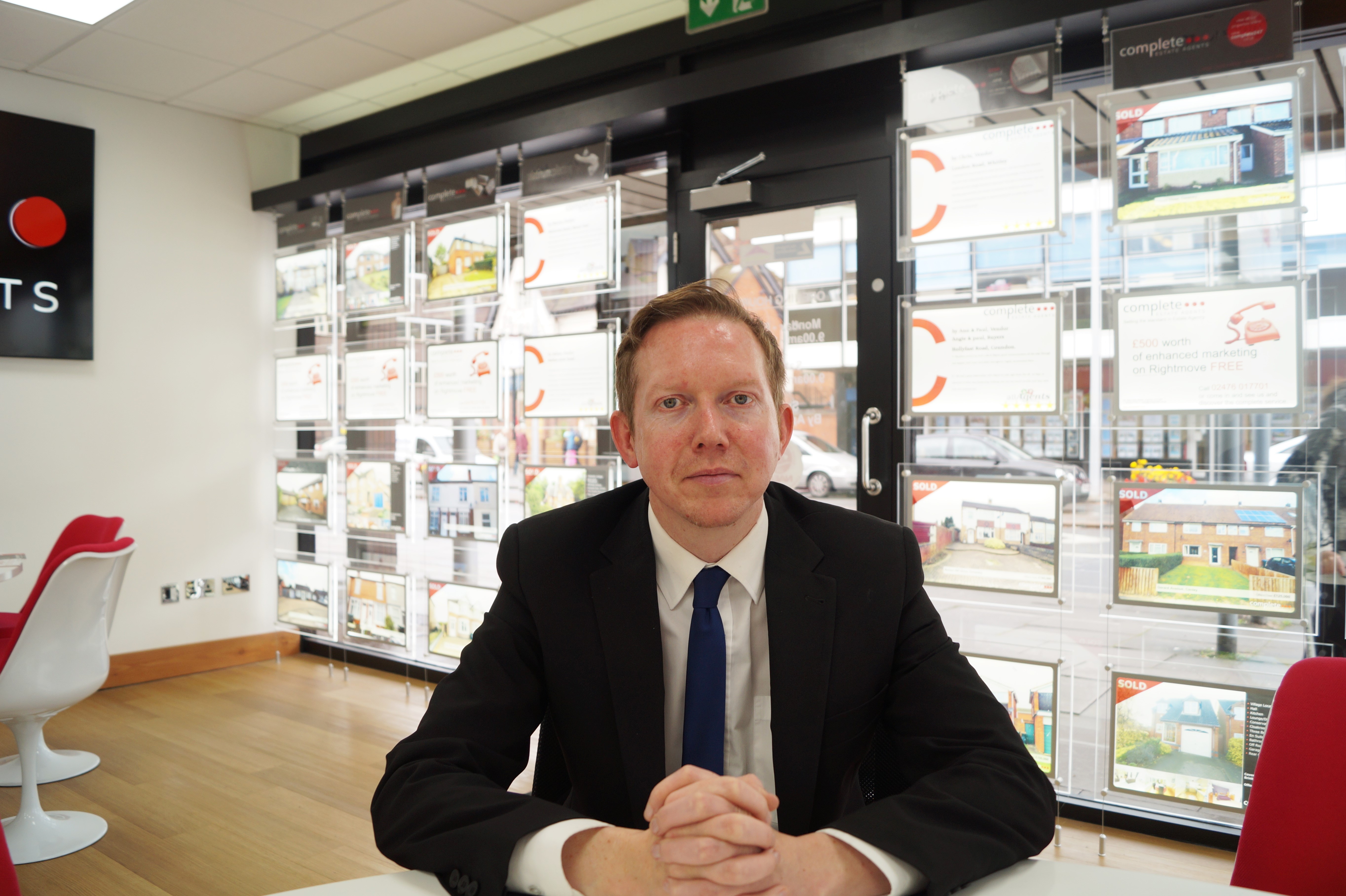 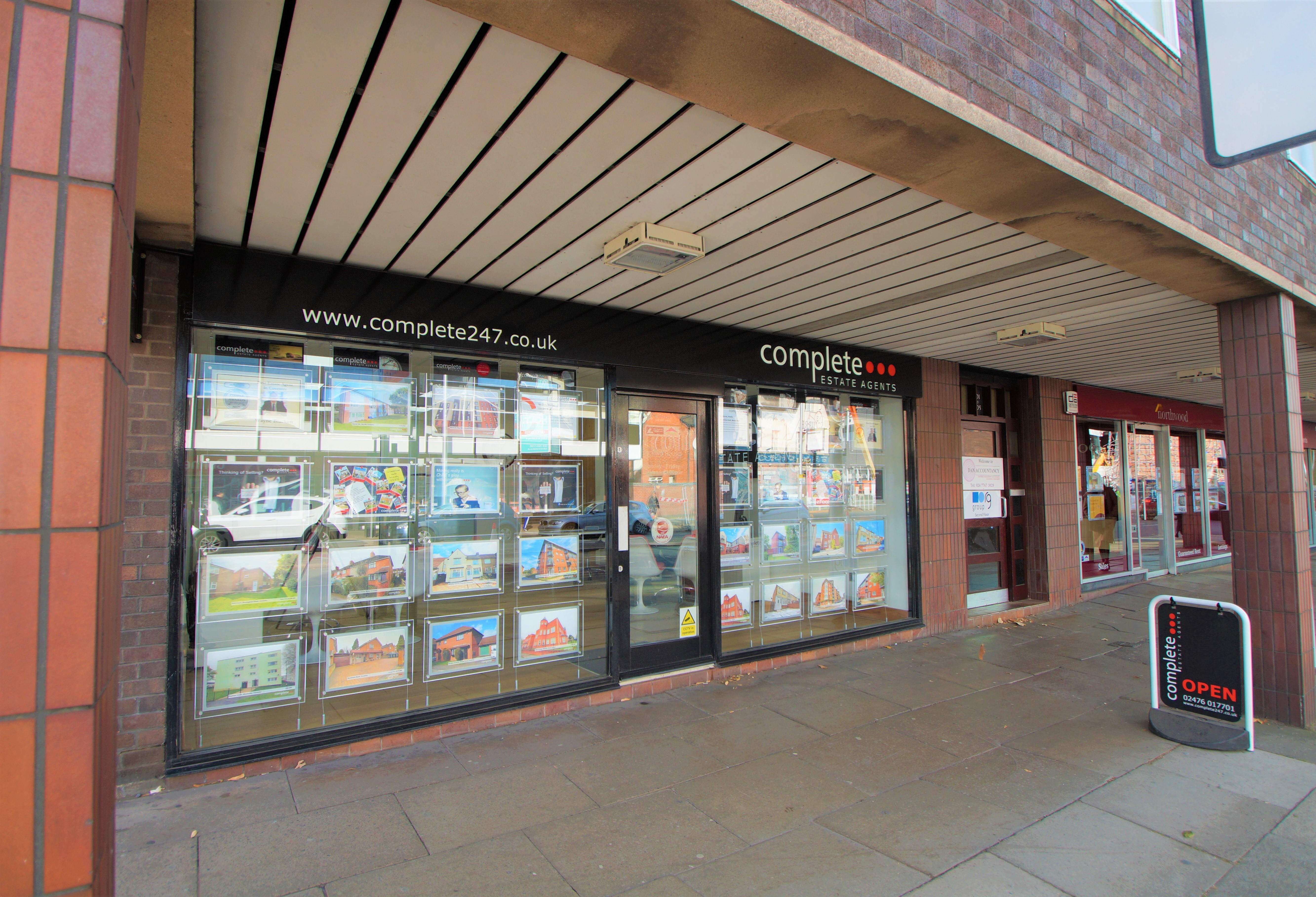 Complete Estate Agents Coventry is situated in the heart of England, surrounded by the beautiful Warwickshire countryside and part of West Midlands. Coventry is now the 11th biggest city in the UK.

New Union Streetâ€™ is seen as the main estate agents high street location- with Complete having a prime corner office position open in 2014.

This is a well presented family home, it is located in the west of the city within close reach of the A45. The property is also ideally located for the...

This is a fantastic starter home with modern decoration and spacious rooms. Looking out over a green area with trees to the front and parking to the rear, conveniently located...

This is a well proportioned property throughout giving plenty of space for the whole family. Also having a great location for road access around the city and very close to...

A well presented property perfect for first time buyers and investors. The property has been modernised by the current owner fitting a new bathroom and kitchen as well as the...

Located at the end of a quiet cul-de-sac on the morrisons estate. This is a fantastic family home with even more potential if needed. Finished to a high end modern...

See all Coventry sales
<< Back to our offices

See all Coventry lettings
<< Back to our offices

Coventryâ€™s history lies in manufacturing, with British cycle and motor history very much rooted in the city. Coventry was also famed for its ribbon industry and watch/clock making, although innovative technologies, retail, tourism and leisure now complement the more traditional areas of manufacturing. The city has two universities â€“ the city centre-based Coventry University and the University of Warwick on the southern outskirts. Coventry is well connected by rail, with a direct service from Coventry to London Euston taking just 59 minutes. The M6, the M69 and the A45 are the cityâ€™s main road links.

Coventry prides itself on its central location â€“ so much so that when it built the Ricoh Arena it lauded the fact that 75% of Englandâ€™s population were under a two hourâ€™s drive away. The arena itself is a unique multi-use centre covering more than 40 acres. Coventry residents head to the arena for banqueting, exhibitions, sports events (Ricoh is home to Coventry Football Club) and music concerts. Thereâ€™s also a luxurious De Vere Hotel on site, with its state-of-the-art fitness and leisure complex, and a casino.

There is a thriving arts scene in Coventry, with a number of venues promoting local, national and international talent. The Belgrade Theatre is set in one of Coventryâ€™s most iconic buildings, and hosts established and ground-breaking touring companies. The Herbert Art Gallery and Museum is renowned for its exhibitions, displays and educational resources celebrating Coventryâ€™s past, present and future. Very much part of the future is Belgrade Plaza â€“ a mixed-use city-centre development thatâ€™s in its second phase of development. A multitude of restaurants, shops and an on-site hotel combine to create a great buzz by day and night.

I have had a passion for property from a young age, I started my career in property in the upper market, I gained a wealth of experience in marketing, sales and processes. I have now decided to ada...

I have been in the industry for over ten years now, from a sales negotiator, to a senior sales negotiator now to a valuer. I love this industry as everyday is so different from registering applican...

Coventry :
Who we work with

Wayne was easy to talk to from day one and you could tell he cared about pleasing both the buyer and seller. I would highly recommend using Complete Estate Agents

Right from the start we were impressed with Haydn's honest approach and understanding of the local property market. Once on the market we dealt with Wayne and he found us a buyer within 2 weeks. Wayne has been in touch regularly to keep us informed of progress and within minutes of my Solicitor confirming the exchange we had an email from Wayne

I recently purchased a property through Complete Estate Agents for whom the representative dealing with my purchase was Wayne Blackett. He was a really nice person to deal with, very easy and friendly and very relaxed.